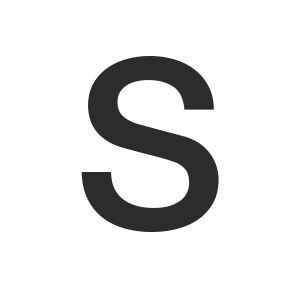 “Dialogue”, a visual conversation between two artists, their subjects, and viewers.

This art exhibition, starring acclaimed artists Suresh K. Nair and Inger Margethe Larsen, is in essence, about the importance of collaboration. Larsen, whose piece was entitled “Medals for Everyday Heroes, conveys the belief that medals shouldn't be limited to heroes of war; that the common man, the house wife, friends, street vendors, and homeless, also deserve recognition.

Meanwhile, Nair, who is a trained traditional mural painter, is known for creating art that reflects the world and our social, cultural, and environmental ties to it. His work in for this exhibition was promoting art through public art initiatives meant to transform old, depleted spaces into beautiful wall murals.

When Moonlight was approached about creating the brochures for Banaras Hindu University art exhibition, we loved both artists’ focus on re-contextualizing what we already know-- indeed, why are medals only awarded to soldiers? why must depletion be final?

"When I ponder on the tremendous impact medals have in relation to wars around the world, I also think that the medal itself contains a conflict by being a symbol of honoring as well as embodying an under- lying story full of death and sacrifces. This duality gives the medal a bittersweet taste.

The dead soldiers do not wear medals and neither do the innocent people who happen to be part of a political war. Yet they should all be remembered and commemorated as everyday heroes as well as individuals.”

Moonlight was happy to get involved, as a part of our commitment not only to creating art, but supporting the art around us. We designed a brochure that highlights Larsen and Nair’s work, and promotes the exhibition for all visitors of the Banaras Hindu University event.

more for the client

The rich text element allows you to create and format headings, paragraphs, blockquotes, images, and video all in one place instead of having to add and format them individually. Just double-click and easily create content.

How to customize formatting for each rich text

Headings, paragraphs, blockquotes, figures, images, and figure captions can all be styled after a class is added to the rich text element using the "When inside of" nested selector system.

Have a project? Write to us:

Message sent! We will get back soon.
Oops! Something went wrong while submitting the form.
© 2018 | Moonlight Pictures