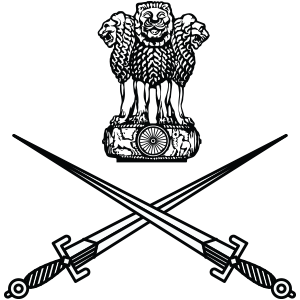 As a joint venture with 39 Gorkha Training Centre, Adamya/The Formidables celebrates the 200 glorious years of the 9th Regiment of the Gorkha Rifles, highlighting their brave and acclaimed victories through wars and tribulations from the 19th century into modern, independent India.

Follow the 9th Regiment of the Gorkha Rifles from inception in 1817 by the British Army, through World Wars I & II, and into the independent Republic of India, and learn about the great honours and medals the battalions and soldiers received for their bravery and sacrifice while the Indian nation was under threat.

Approached by the Indian Army to create a film highlighting the Gorkha’s incredible, world-renowned history in time for their Bicentenary celebration, The Formidables uses never-before seen archives of Gorkhas in action, interviews veterans of the Sino-Indian War of 1962 and Indo-Pak War of 1971, and shows exclusive footage from the Army’s official celebration, where the Indian Chief of Army attended, all of which ultimately expresses the true value of the 9th Gorkha Rifles: not just in Indian army history, but also as a world legacy.

“If a man says he is not afraid of dying, he is either lying or he is a Gorkha” —Sam Manekshaw

more for the client

The rich text element allows you to create and format headings, paragraphs, blockquotes, images, and video all in one place instead of having to add and format them individually. Just double-click and easily create content.

How to customize formatting for each rich text

Headings, paragraphs, blockquotes, figures, images, and figure captions can all be styled after a class is added to the rich text element using the "When inside of" nested selector system.

Have a project? Write to us:

Message sent! We will get back soon.
Oops! Something went wrong while submitting the form.
© 2018 | Moonlight Pictures